Using 3D printing to fabricate items for art installations, product demonstrations, exhibitions, prototypes, models and other three-dimensional objects opens up amazing opportunities for artists, manufacturers, and businesses of all types. Industrial 3D printers, with their large capacities and high production speeds can shave weeks or even months off the timeline for projects that require custom-built pieces when compared to hand-sculpting or other fabrication methods. But that doesn’t mean every 3D printing job can be completed quickly.

When planning a project you need to factor in your 3D printing build times. How much time will your fabrication team need? In this article, we explain what the terms used to describe 3D printer speeds mean, how to estimate the turnaround time for your 3D project and the factors that affect how fast an industrial 3D printer can produce finished objects.

What is 3D printing?

3D printing is a process for constructing three-dimensional objects using one of several types of 3D printing methods. 3D printing is achieved by devices that can translate digital files into the instructions to craft an object using materials, called additives, that the machine can manipulate.

As the name implies, many 3D printing methods create three-dimensional pieces by placing the raw materials in a specific pattern–like an ink printer does. In fact, one of the first 3D printer patents was inspired by ink jet technology. However, instead of sticking to a single layer of ink or other materials, 3D printers build layer upon layer, fusing the materials together to form a finished piece.

The size of the item, quality and style of the printing and the materials from which it can be constructed are subject to the limitations of each type of 3D printing machine.

The common characteristics between 3D printers is that they employ computer aided design and manufacturing technologies to build objects using an additive process (materials are added, not removed from a form).

How do design and fabrication companies use 3D printing technology?

3D design and fabrication companies and other manufacturers use 3D printing for many purposes. Some manufacturers create finished products using 3D printing technology. However, in most instances, once a product has been perfected and is prepared for manufacture at scale, other production processes are more cost- and time-effective.

3D printing has a marked advantage over other production methods in creating customized three-dimensional items and prototypes. Computer assisted 3D modeling enables artists and product designers to develop and manipulate designs using sophisticated computer programs. Then they can print prototypes and evaluate the results, testing the piece’s functionality and appearance and making improvements.

Artists and designers can take real-world objects or items they’ve hand-sculpted, scan them and then manipulate the digital file until it matches the idea they’ve conceptualized. Once the digital file is prepared, they can fabricate the object in different sizes. These objects can become final display pieces or serve as positive or negative molds for casting finished pieces using other materials.

For example, this popcorn mountain was made by pouring foam into a positive 3D printed mold... 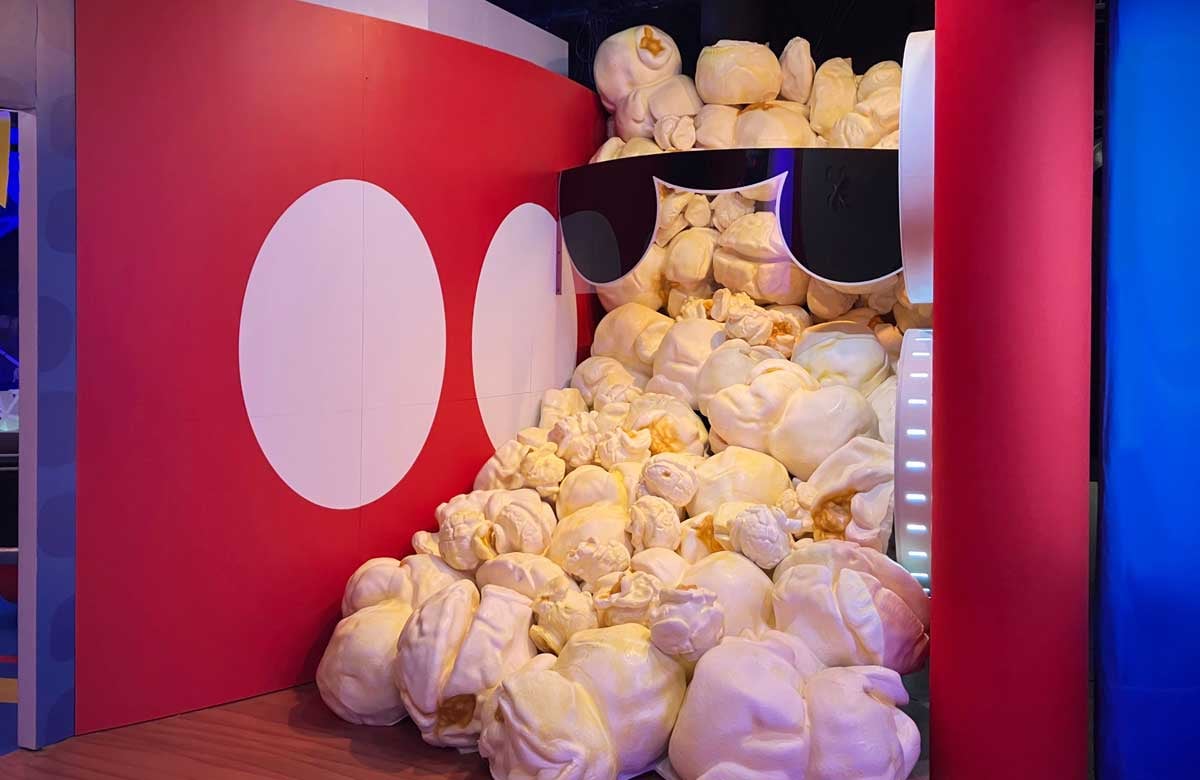 How fast can these items be produced? That depends on your 3D printer’s technology and the project’s specifications.

What do 3D printer speeds mean?

3D printer manufacturers use 3D printer speeds as a metric to indicate how quickly a particular device can build an item using raw material. In other words, the time it takes to process the computer file, deposit the additive and cure or fuse the material into a finished piece. These speeds won’t include post-production curing or finishing times.

Printer manufacturers report 3D printing speeds in millimeters per hour, and this metric offers some guidance about the capacity of a particular machine. However, because of the differences between types of 3D printers, speed is a less reliable metric to rely on when making comparisons between printer types.

For example, some 3D printers can produce rough objects very quickly. But the same machine may perform much slower when producing items that require fine detail. Other 3D printers function at a slower rate as the size of the item increases–losing time because of the volume of the build and how the machine operates.

You can expect that an industrial printer such as the type a full-service design and fabrication company has access to will print faster than a desktop-sized 3D printer.

Like any machine, a 3D printer’s inherent features will affect its speed. This includes the construction method it uses and the strength and power of components, such as a light source or gears. The raw materials used to craft an object impact production speed as well.

Some types of printers produce items that require separate finishing steps and some materials take longer to cure.

An item’s design also has a significant impact on the time it takes to produce.

Here are some examples of how a project’s design affects 3D printing speed:

How can you ensure that your 3D printing project will be completed on time?

3D printing isn’t like other manufacturing technologies. Variances between machines and materials can significantly affect the outcome of a project. Many of the factors that influence not only how fast your project can be produced but also its overall strength and quality are determined at the digital design stage.

For this reason, it’s important to engage with an experienced 3D design and fabrication team early in your project’s lifecycle. Tap these experts’ knowledge to help you choose the best fabrication processes and materials to achieve your objectives on budget and on time.

You can learn more about the possibilities of 3D printing by scheduling a no-pressure introduction to Bridgewater Studio today. You’ll get a free custom project plan that sets your 3D project up for success from the start.